In Malcom Gladwell’s book “David and Goliath,” Gladwell describes the defeat of the monstrous Goliath by the weaker David, not as an improbable underdog victory, but as a highly misunderstood sure thing. Despite seeming weaker with only a rock and sling to defend him, David was likely a professional “slinger,” not just a simple sheepherder packing the ballistic power and accuracy of a 45 magnum. In contrast, Goliath, despite appearing bigger and stronger, probably suffered from acromegaly – a pituitary tumor, which can result in excess growth and double vision – making Goliath slow, clumsy, and a total mismatch compared to the quick and nimble David. Like any misconception, outside appearances don’t typically reveal the truth. And while the story of David and Goliath might seem entirely disconnected from the idea of eating a cookie instead of a pre-packaged energy bar, the reality is that when it comes to taste and performance, our experience has been that in the right context, the simple and unassuming cookie is generally the better bet.

At first mention we often think of a cookie as a treat or a dessert – a guilty pleasure that connotes bad behavior that we sneak into our mouths when no one is looking. Rarely does a cookie impart the idea of health and fitness. For most, it’s a decadent snack, not a performance fuel. Even worse, when I was a teenager in need of food to fuel my long rides or Boy Scout hikes, I use to feel embarrassed when I would pull cookies or weird Chinese snacks out of my pocket when my friends pulled out their PowerBar®. I had it in my head that if I wanted to optimize my performance or fit in, I had to use products that were specifically engineered to make me better, faster, and stronger. It was a false belief.

To be clear, we did not design some new food with the intent of optimizing athletic performance or health. We set out to help people make really delicious cookies - to make the process of making cookies from scratch more convenient and foolproof with an end product no different than a more time consuming and error prone homemade cookie. While our cookie mix is not a ready to go solution it does go a long way in getting folks into the kitchen to bake when they normally wouldn’t. It’s a little bit of effort paired with a little more ease and confidence. It’s something we wanted to take on because even if we didn’t set out to design a better food, it just so happens that for a number of reasons, a freshly prepared cookie is better for athletic performance and health than many prepackaged energy bars. Plus, let’s face it, we all love cookies.

“...the physiology of digestion begins when we smell and see beautiful food.”

With that in mind, compared to prepackaged energy bars, a freshly prepared cookie from scratch has a similar nutritional profile, contains more moisture, has fewer and simpler ingredients, and tastes better. At the most basic level, when I study the nutritional panel and ingredient list of many prepackaged energy bars I find it difficult to justify how they are different than what I might put in a batch of cookies made from scratch. But there’s more than just nutrition at play here. There’s also form and function. With respect to form, a cookie is portable, small, and easily wrapped making it just as easy to eat, once prepared, as anything that comes in a package. Functionally, a cookie has a higher moisture level, making it easier to chew, swallow, and digest. In addition, consuming solid food that actually needs to be digested, helps to ensure that the rate at which fuel empties from the stomach (gastric emptying) doesn’t outpace the rate at which the small intestine can absorb fuel (intestinal absorption). This goes a long way to preventing gut rot and to keep a slow trickle of energy entering the body continuously during hard exercise. Lastly, keeping the ingredient list minimal and avoiding synthetic agents minimizes short-term malabsorption and any long-term harm we may be inadvertently exposing ourselves to. The real benefit of a cookie compared to a dry prepackaged food is taste. While this might seem self-evident, it’s important to recognize something less evident – the fact that the physiology of digestion begins when we smell and see beautiful food. When that happens, there are a host of physiological changes that ensue, which range from the release of various hormones and enzymes to changes in blood flow and the up-regulation of transporters that prepare us for the absorption and use of nutrients. When something appeals to us, our senses know there is something tangibly different, even if intellectually, those differences are marginal. The bottom line is that the human brain, especially when it comes to food, is much better at believing than reasoning. It’s a fact that can be a positive or a negative. Most prepackaged foods are designed to trick us into thinking they are delicious and good for us, when they are in fact bad for us with a shelf life designed to survive the apocalypse. With this in mind, the question I always had is why not just eat the real thing? Why not eat something that we naturally know is delicious and maybe even a bit decadent, when we need real fuel quickly and efficiently? The irony is that just like cookies, most people aren’t eating prepackaged energy bars in the context of a physically active lifestyle or to enhance their athletic performance. They are overeating these prepackaged products as convenient snacks because they think that they are better for them than something like a cookie. The reality is that like so many of our food options, there is no better or worse. It’s not really about whether David and Goliath were actually well matched or a mismatch. In the end it’s context that matters. It’s a game of rock, paper, and scissors. And depending on the context, kale or a cookie may be the optimal choice. Ultimately there’s no bad food, just bad behavior. So in the context of the right behavior – of a physically active lifestyle, of hard work, of freshly prepared foods, we hereby give you permission to have a cookie – to give yourself a little reward for making an effort to be better.

Back to this month's Free Gear 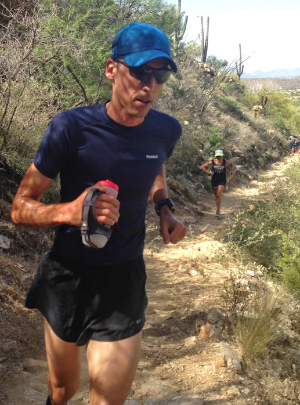 So every month I will include some really cool and helpful gear in your subscription package. FOR FREE.

Every month we will announce the new subscriber gift on our website and via email to our current subscribers. It may be race apparel, hydration tools, nutrition boxes for your bike and so on. These won't be cheap sample items. They will be the real deal: sometimes things you've ogled over in magazine ads and websites but never had time or money to get for yourself; sometimes things you never considered but will reap the benefits of for free.

So in addition to your nutrition and the detailed instructions, you'll find in your package each month an awesome, valuable gift. SWEET!

For all the hard work you put in

you deserve some free stuff! 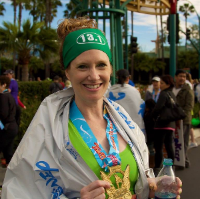 I wasn't properly fueling before. With Tri Fuel Monthly's plan I know exactly what to do! 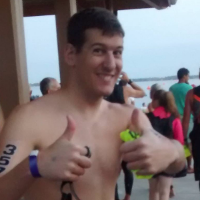 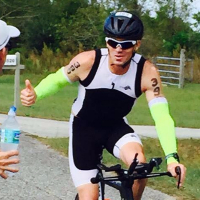 I really like the instructions that came in my package. That helped me a lot!

there's a package that's right for you!